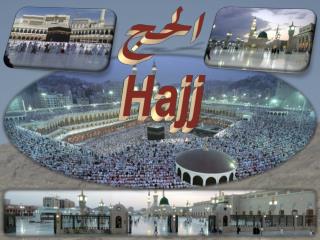 الحج. Hajj. Merits of Hajj Narrated Abu Huraira ( Radia-Allahu ‘ anhu ): Allah’s Messenger ( Salla-Allahu ‘ alaihi wa sallam ) said: “ An ‘ Umrah is an expiation for sins committed between it and the next, but an accepted Hajj will receive no less reward than Paradise .” {Agreed upon}