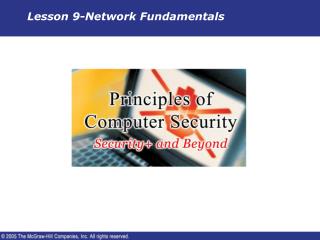 Lesson 9-Network Fundamentals . Introduction. The Internet is a giant network consisting of interconnected PCs, servers, routers, and switches. This presentation focuses on a widely accepted definition of a network to mean any series of interconnected information systems and devices.