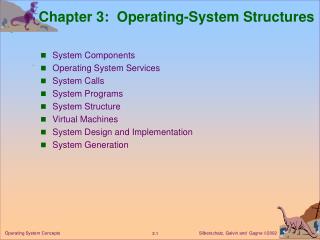 Chapter 3: Operating-System Structures - . an os is a complex system. ideally, it should be partitioned into