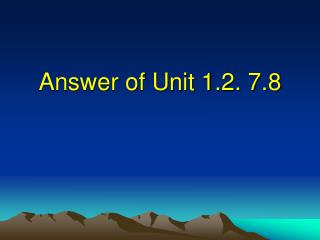 Unit 3 and 4 Questions - . global 9 review myers. which factor contributed to the beginning of the renaissance in italian

Surface Area and Volume - . volume of a cube. take a block. assume that each edge measures 1 unit. so, the volume of that