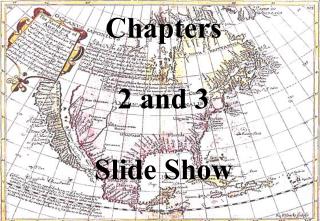 Chapters 2 and 3 Slide Show. Sir Francis Drake was. an English slave trader and pirate who raided Spanish possessions in South America. an English explorer who led an expedition to locate the "Northwest Passage.“ CHEM 123 Laboratory: January 2010 - Welcome to the lab portion of chem 123 ! this slide show might look similar to that

Stoichiometry - . mr field. using this slide show. the slide show is here to provide structure to the lessons, but not to

Acids and Bases - . mr field. using this slide show. the slide show is here to provide structure to the lessons, but not

The Starter Generator! - If you want to make the slides whizz through really quickly and then press escape to choose a

Show notes: 1. THIS IS A SQUARE FORMATTED SHOW Zoom the projector to fill the screen - Top-to-bottom with this slide. 3.

Chapters 1-8 - . drama task: you have 10 minutes to prepare a 60 second dramatic recap of the first 8 chapters of the

Traffic Law Sample Questions - . click on slide show above now click on from beginning scroll down for the questions. a

shift + F5 : start slide-show from the present slide F5 : from the first slide