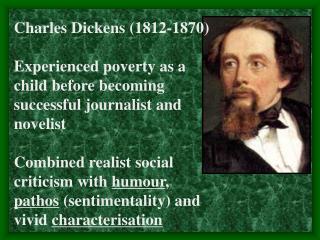 Hunting Bikes Co. - Hunting bikes co. “there is a passion for hunting something deeply implanted in the human

Charles Dickens - . a brief introduction charles dickens was born on february 7, 1812 in portse, england. his father was

Charles Dickens: His Life and Times - . 1812—1870. childhood. dickens ’ father was a clerk who continually lived

Charles John Huffam Dickens - . 1812 – 1870 the background and experiences of a great author, from a harsh childhood to