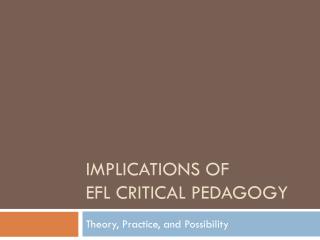 The EDU-K pedagogy of Learning and the Content Framework of Design - Pedagogical day at farma 2011. the edu-k pedagogy of

Legal Implications for Nursing - . legal terms. negligence a general term that refers to conduct that does not show due

The Driver Behind Assessment: Intellectual Curiosity about Research or Study Questions that Lead to Changes in Pedagogy

THE CRITICAL AREAS ORDINANCE - . department of development and environmental services. overview of the cao package harry

Chapter 7 Mobile Commerce The Business of Time - . contents. what is m-commerce? why wireless? critical success factors