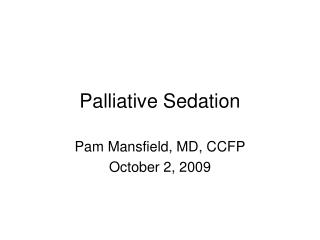 Assessing and Managing Sedation in the Intensive Care and the Perioperative Settings - . assessing and managing sedation.