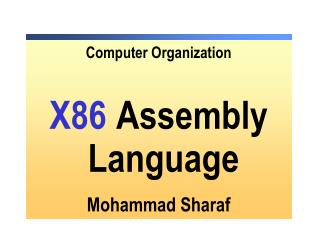 Introduction to LC-3 Assembly Language - . lc-3 assembly language syntax. each line of a program is one of the following: