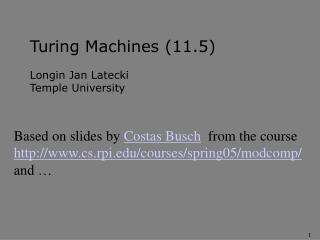 Finite-State Machines with No Output Longin Jan Latecki Temple University - Based on slides by elsa l gunter, njit, and

Modern Anesthesia Machines: What you should know - . michael a. olympio, md professor of anesthesiology wake forest