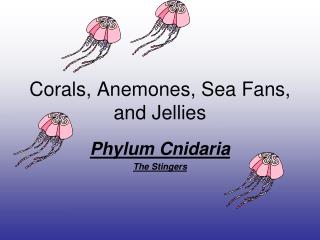 Sea Anemones - . by sibt. although sea anemones look like flowers they are predatory animals. these invertebrates no

Sea Anemones and Clownfish - . introduction to lesson 39 “preaching the advent”. these are anemones, but not sea

Biogeoinformatics of sea anemones and other hexacorals - . photograph by george miller. school of biological sciences

Corals - . landlords of the reefs. what should you know about corals?. they are animals plants live inside of them two