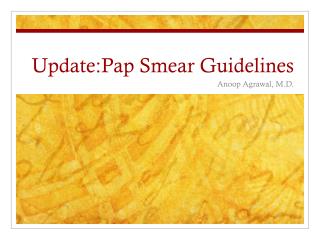 Update from the Lily Pad - . founded by the business roundtable with support from nhcpi. suzanne delbanco, ph.d.

Review of the Guidelines for Cervical Screening in New Zealand - . presentation for smear-takers september 2008.