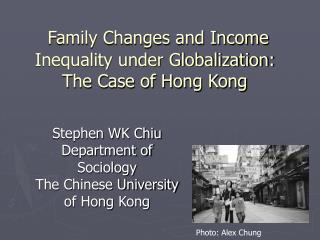 Family Changes and Income Inequality under Globalization: The Case of Hong Kong Family Changes and Income Inequality under Globalization: The Case of Hong Kong

Global income inequality: what it is and why it matters? - . branko milanovic moscow, 9-10 november 2006. email:

Seminar by the Division of I&amp;TS, Faculty of Education The University of Hong Kong - From web 2.0 to education