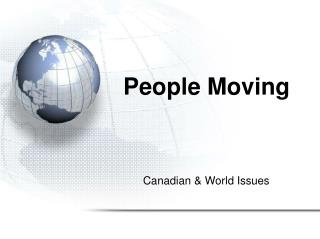 People Moving: MIGRATION - . migration. migration is any movement by humans from one locality to another. emigration

Moving earth, moving people – population .. migration impacts of the Canterbury Earthquakes - . joining some of the

Moving forward Godly leadership and united people - . the time has come. the journey begins. a call to courage.

Moving Company Assist People in a Big Way - Moving is a major stressor in life, but it doesnâ€™t have to be. anybody

What are the things that people forget when moving? - This pandemic gives many challenges to people. but still, the need

Democracies for People: Government accountability by moving beyond GDP - . gdp: an incomplete measure of economic