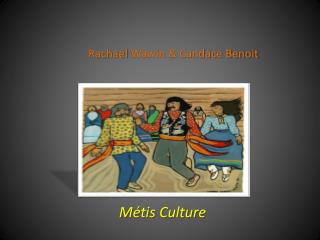 Rachael Wawin & Candace Benoit. Métis Culture . C u l t u r e. Culture was divided between work and survival, and pleasure and entertainment. The Métis come from both their European (mainly French and Scottish) fathers and their First Nation mothers. Britta Tuveson and Rachael Groene - . how would you feel if the person who knew you the best took her own life?. this is

Rachael Sykes - . about me. i am 18 years old i am from downingtown, pa i went to downingtown east high school

Lifelines by Rachael and Jennifer - . ict mcaleese. lifelines – introduction. the plot : we watch the story of a

Rachael Kay Ryan Shaw - Erik erikson “children love and want to be loved, and they very much prefer the joy of