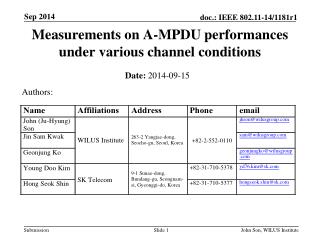 Secretion of cAMP in Mycobacterium Under Various Conditions - Background information.

Examination of the Eyring Equation under various conditions. - Kinetics of electron transfer at the solid

ARP Under Abnormal Conditions - . experiment with the browser (1). arp -n # see what it there open a browser on your