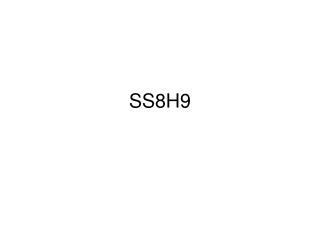 SS8H9. Different Kinds of Government. Nazi Belief that Arians are the master race and should rule all. Communist A system where the government has supreme power and everything is shared among all classes. Democracy Everyone is given a vote and people are limited only by their ambitions. Double Bubble Graphic Organizer - . frogs and toads. created by heidi samuelson 2010. frogs can be many colors. some

Effects and Influences of the Great Depression and World War II on Georgia - . ss8h8 the student will analyze the

Pre WWII German Geopolitics - . and the geopolitik. origins of german geopolitics i. (all known from previous lectures)

Propaganda from Germany in the 1 world war - . made by leonie steinberg. go in the war. go an fight for your country. the