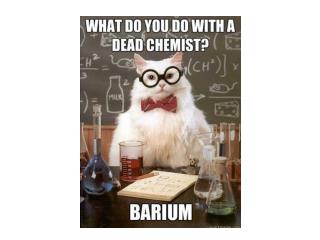 $$$ Review $$$ Atomic Theory Nuclear Chemistry. Name the three fundamental subatomic particles of the atom. neutron, proton, electron. $3. The smallest particle of an element that has the properties of that element. atom. $1. The number of protons in an element is known as its ______. Chemistry Atomic Theory - . matter &amp; its classification do now – what is an atom? calculators not needed.

ATOMIC THEORY REVIEW - . where did the elements come

ATOMIC THEORY REVIEW - . what is all matter made of?. atoms !!! what are the 3 subatomic particles? protons, neutrons,

ATOMIC THEORY REVIEW - . where did the elements come

Nuclear Chemistry Review - . what is electromagnetic radiation ?. radiation moving at the speed of light. to a certain

Atomic Models Atomic Theory I Love Chemistry - . this power point will take us on a journey through time, thought, and

Review of Atomic Theory - . a powerpoint compiled by the best chemistry teacher ever, mr soltmann, and created by his

Unit 1 Atomic Structure and Nuclear Chemistry - . 4.1 - the elements a . an element is: b . elements can exist as pure