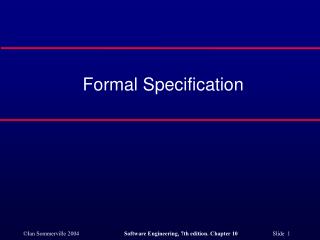 The Need for Formal Dining Etiquette - . have you ever attended a formal dining event and thought: which water glass do i

Informal vs. Formal Language - . when and how to use formal or informal language amanda wieland. but first!. a short

Fallacies - . flaws in the structure of an argument. what are fallacies?. fallacies are defects in an argument that cause

SOURCE 2 - . aisi specification. introduction. housed in the construction group of the american iron and steel institute