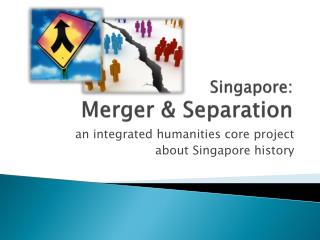 SINGAPORE AND ITS USE OF DETERRENCE - . a citizen armed forces after separation in 1965, sgp was faced with the challenge

Singapore’s Policy on Pirate Activity in Costal W aters - . straits of malacca. 34 shipwrecks, some dating to the

the plan - The analysis of mergers: some observations p.a. geroski, london business school and the competition commission