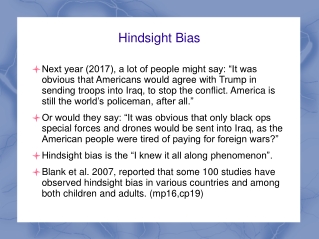 Hindsight Bias. Next year (2017), a lot of people might say: “It was obvious that Americans would agree with Trump in sending troops into Iraq, to stop the conflict. America is still the world’s policeman, after all.”