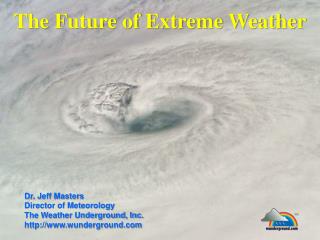 The Future of Extreme Weather The Future of Extreme Weather

Weather - . weather is …. the condition of the variables in the atmosphere at a given time and place. variables –

4.1 Extreme Values of Functions - . absolute extreme values are either maximum or minimum points on a curve. they are

Weather Dynamics - . section 13.1 a closer look at the earth. weather : is a set of environmental conditions encountered

Ch15 Global Circulation and Weather - . weather patterns are caused by differential heating of the earth’s surface,