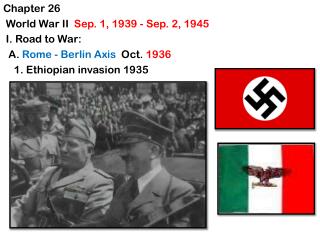 World War II - . the u.s. role the end of the war outcomes. major events and u.s. role in wwii. german invasion of

WORLD WAR II - . the second world war started in 1939,when germany invaded poland. then lots of countries joined together

World War II - . rosie the riveter. represented the working women who took over the factory jobs while most of the men