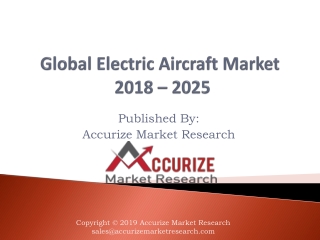 Global Electric Aircraft Market size is projected to be valued $XX Billion by 2025; with a CAGR of XX% from 2017 to 2025. An electric aircraft is such an aircraft which is powered by electric motors through