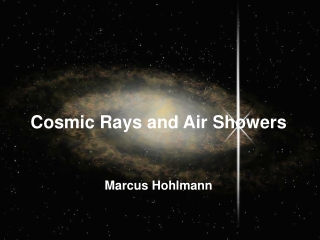 Marcus Hohlmann - Cosmic rays and air showers. marcus hohlmann. 1- have you ever wondered what you are made off? 2-where

Samir Guragain , Marcus Hohlmann Florida Tech - Effect of muon misalignments on muon p t resolution and on the search for