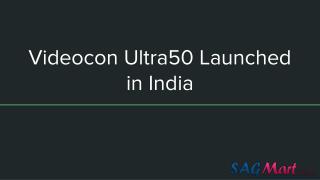 Videocon Unveiled another smartphone in the country dubbed as Ultra50. The smartphone will be available with VoLTE support and fingerprint sensor priced at Rs 8,990.