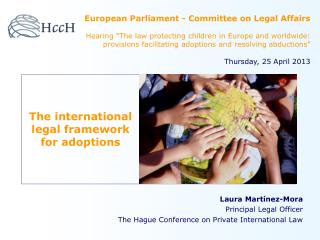 The international legal framework for adoptions The international legal framework for adoptions

Adoption of ISO 20022 Standards for RTGS in India - . reserve bank of india. scope of presentation. adoption of iso 20022

The 1982 United Nations Convention on the Law of the Sea - . ambassador satya n. nandan. the law of the

International Private Law - . introduction. that part of law which come into operation whenever the court is faced with a

The Determinants of the Adoption of a PRA Function in Czech International Firms: a Theoretical Framework - . john anchor