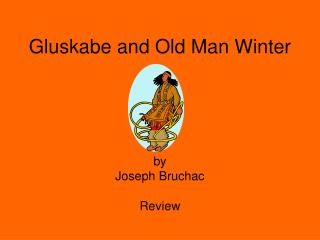 Gluskabe and Old Man Winter. by Joseph Bruchac Review. 1. Drama. A story written to be performed by actors for an audience. 2. Characters. People who take part in the action. 3. Conflict. A problem between two characters or forces. 4. Theme. A message or insight about life. 5. Acts.

Winter Wonderland - Frozen scenes from around the

WINTER WONDERLAND - . sleigh bells ring, are you listening, in the lane, snow is glistening. a beautiful sight,we're

The Monomyth’s Major Archetypal Characters - . the one story that rules them all comprised of the various character

Winter 1904 - . lawyers and patents st. louis competition dealing with the press reports of the first flight the rascals

THEME MESSAGE - . dr. husniah sahamid. theme. general ideas or insight that a story reveals sometimes not so obvious not

Day 1 Introduction Drama Drama – A story written to be performed by actors for an audience . - Day 1 introduction drama

Introduction to Drama - . background of drama. unlike short stories or novels, plays are written for the express purpose