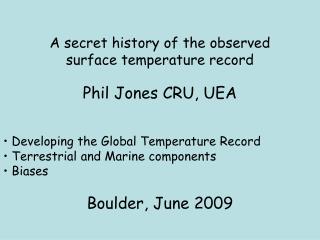 Phil Jones, Cultural Geographer - . interested in mobility, urban regeneration, creative economy how is the process of

Surface Temperature Protocol - Goals for the training session. provide an inquiry context for the data collection and

A high spatial resolution record of near-surface temperature over WAIS during the past 5 decades - . andrew j. monaghan

The Secret History Of Junivive Serum - Keeping in mind the end goal to fortify the presence of surface territory skin,

The Secret History of Credit Cards - . mrs. sylva economics. what do you know about credit cards? how do they work? how

Guide to the Surface Water Record - . this is a guide for interpreting and using the maps and other data provided by the

A short history of the evolution of the library catalogue record - . gordon dunsire 2009. in the beginning. lee, t. b.