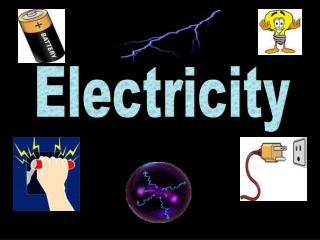 Electricity. What is it?. Electricity is created inside the atom. Each substance is made up of atoms. Atoms contain a nucleus which is made up of protons and neutrons. . On the exterior of the nucleus are the electrons. These electrons move around in Electricity production - . generally (except for solar cells) a turbine is turned, which turns a generator, which makes

Protons for Breakfast Electricity Week 1 - . february 2013. in the event of an alarm sounding…. toilets…. parents and

Protons for Breakfast Electricity Week 1 - . november 2013. in the event of an alarm sounding…. toilets…. parents and

Electricity is transmitted over high voltage lines - . a transformer: converts a current at one voltage into a current in