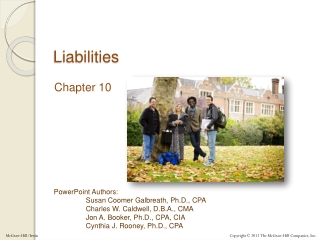 Liabilities and Stockholders’ Equity - . chapter 8. liabilities. debts owed to others current liabilities will be