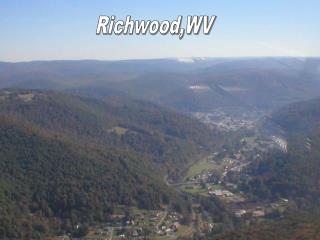 Richwood,WV. Do you know if Richwood has an Airport ?. Yes , Richwood does have an Airport . Yes , It is a real Airport . Yes , even twin engine planes can land here At 3,360 long , this is the longest runway in Nicholas County. RICHWOOD MUNICIPAL AIRPORT. 3i4 FAA Designator Unusual WV Laws - Whistling underwater is prohibited. road kill may be taken home for supper. according to the state

Unusual WV Laws - Whistling underwater is prohibited. unmarried couples who live together and “lewdly associate” with

WV Simulated Workplace - . group think…. what are the top five things employers are looking for in entry-level

Unusual WV Laws - Whistling underwater is prohibited. unmarried couples who live together and “lewdly associate” with

WV Object Cell - . supporting in r11. acknowledgements . sal lazzaro. what and who. what is the wv object cell?

Climate Studies in WV - By: summer henson. climate studies in wv. essential question. what cause the climate in west