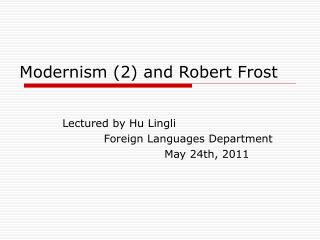 *The Department of Physical Education and Sport, Atatürk University, Erzurum, TURKEY - Comparison of the physical and

*Work at ASU is supported by the U.S. National Science Foundation - Latest results from frost at jefferson lab. barry g. Robert Frost - An introduction to poetry. “a poem…begins as a lump in the throat, a sense of wrong, a home sickness,