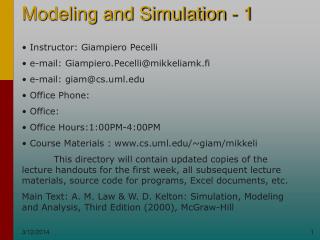 Modeling and Parallel Simulation of Multicore Architectures with Manifold - . the manifold team. school of electrical and

Introduction to Simulation language - . what is simulation?. a simulation of a system is the operation of a model, which