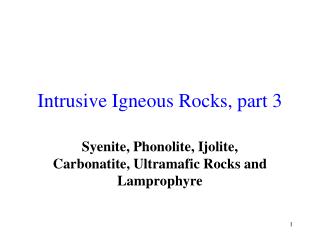 ROCKS - . what is a rock?. rock - a naturally-occurring mixture of minerals, organic matter and other rocks. what is the What is a Igneous Rock? - By madison wacaser #26. what is a igneous

Igneous Rocks - . an igneous rock is formed when magma or lava cools and solidifies as a result of the process of

Igneous Rocks - . by: will dinsmore kameron simpson caroline jennings jakobee threatt. what are igneous rocks and how are

Igneous Rocks - Rocks are classified by their mode of formation. there are three major rock forming processes on earth,