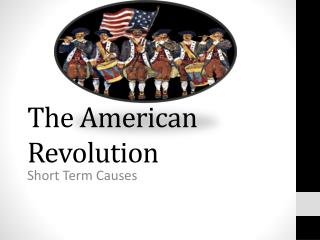 The American Revolution. Short Term Causes. REMEMBER…. After the French and Indian War Britain has a huge war debt How is Britain going to pay off it’s war debt???? 1. Britain believes colonists should help pay for war