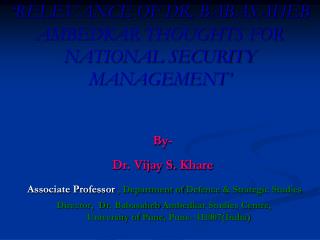 INFORMATION SECURITY MANAGEMENT - . information security m a nagement provides the lead role to ensure that the

Security Debriefing - . introduction. you are here for a security debriefing. this debriefing is required by government