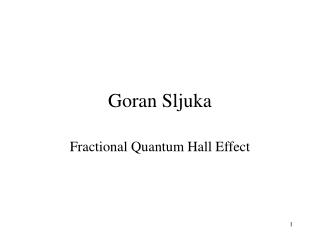 Goran Zivkov - Ministry of agriculture, forestry and water management republic of serbia. round table 4: integration of

Goran Granić, PhD - 20th forum: third package and other energy directives - what they do and do not bring, and what we