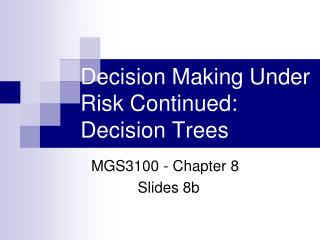 Decision making: Relevant Costs and Benefits - . we need a particular component for our manufacturing process. do you