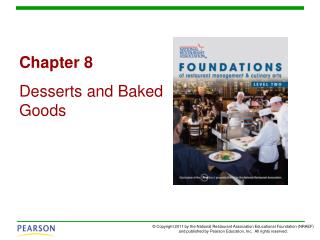 Coffee Desserts - Sweet, delicious coffee cake recipes, with a rich crumble topping, taste great as a morning treat or an

Chapter 8 Producing and Marketing Goods and Services - . marketing. marketing – all of the activities used to insure

Desserts and Baked Goods - . if you were ordering dessert, which would you choose?. angel food cake brownies lemon

Mountains, Desserts and Rainforests - . by ben carr. mountains are large formations from when the earth was created. the

Favorite foods and Desserts - . by dustin pickell. my favorite foods of christmas. ham, mashed potatoes, and corn. the