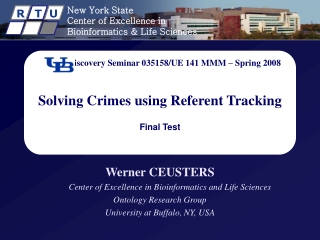 Development of the Field of Biomedical Ontology - . barry smith new york state center of excellence in bioinformatics and

Towards a Reference Terminology for Talking about Ontologies and Related Artifacts - . barry smith