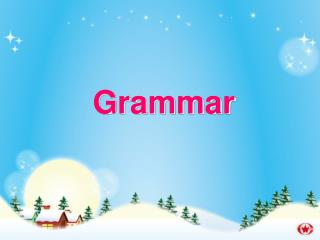 The Grammar-Translation Method - . introduction. objectives of gtm. to be able to read literature written in the target

Chapter 5 Improving your writing: grammar and self-editing - . learning objectives. on completion of this chapter