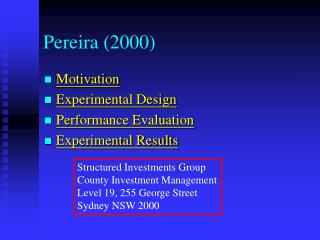 Investigation of Mediterranean Sea level between 1961 – 2000 according to SOI data - . b. shirman. with participation: