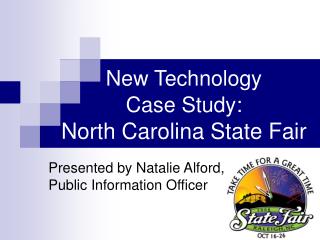 Research SAE’s: How to get to the Agriscience Fair! - . what is an agriscience fair? how do i get started?. agriscience

Welcome to History Fair 2013 - . what is history fair?. history fair is an annual competition in which local students

The Problem of Temporary License Plates in North Carolina - . a bit of history. created to mimic original nc plates

Towards Future Proof Customer Relations - Technology is changing customer relations rapidly. you see that technology is