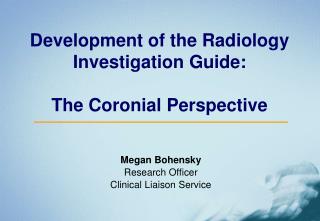 Development of the Radiology Investigation Guide: The Coronial Perspective

Development of the Radiology Investigation Guide: The Coronial Perspective

Investigation 9 - . date : 10/30 lt: i can explain the relationship between elements and compound. sponge: throwback! how

Treatment of vertebral hemangioma : what the interventional radiologist can do ? - Hatem rajhi .md department of

Radiology of Fracture Principles - . suzanne o’hagan 18 may 2012. radiographic principles. when analysing and ordering