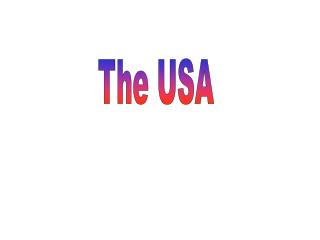 The USA. Concepts . Ideology Democracy Capitalism Rights & Responsibilities Participation Representation. All known and understood in an AMERICAN context. The American Dream. The USA is a democratic country. Democracy. Government Of the people By the people For the people .