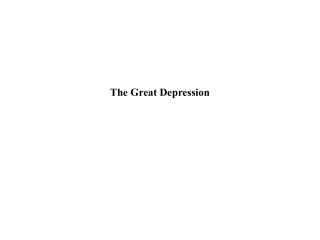 Depression - . dr. aubrey h. fine. for many years, children and adolescents were thought incapable of experiencing

How did the Great Depression affect the daily life in South Carolina? - . 3-5.5 explain the effects of the great