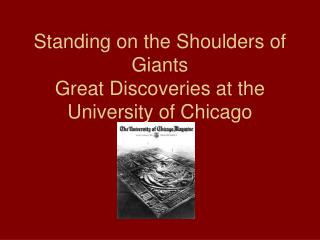 MSI Chicago Fab Lab at MSI Since Fab6 What’s Next? - Fab lab at museum of science and industry, chicago chicago,

Chicago Blues - . the chicago blues. developed in chicago, ill by taking the basic acoustic guitar of the delta blues,

Chicago: All That Jazz - . bob fosse style. http://www.youtube.com/watch?v=7uipkwcyxku. in this lesson, we will aim to:.