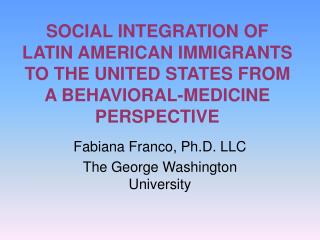 Cultural Competence for Non-Clinicians - . learning objectives. at the conclusion of this workshop participants will be

International Social Work - . definition, history, current and future roles based on chapter 1 of the book by d.cox and

SOCIAL EXCLUSION AS CAUSE AND CONSEQUENCE OF TRAFFICKING IN CHILDREN IN SOUTH-EAST EUROPE - . sydney , 20 - 22 august 201