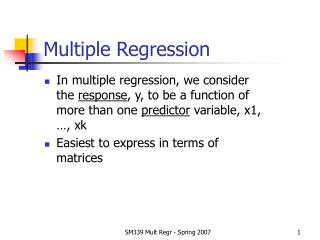 Multiple Regression - . the standard score (z-score) of y is predicted by a number of x variables, also expressed as

Multiple Regression 2 - . solving for  and b. the weight for predictor x j will be a function of: the correlation x j